“At Algonquin, we are dedicated to ensuring that our students receive a positive, progressive college experience. Using the Vocantas IVR we are able to provide our students with real-time access to the many support services available at each of our campuses,” said Robert Gillett, President, Algonquin  College. “A 7% improvement in retention with students who engaged with the IVR is an outstanding result for any retention program. We are thrilled with the results of the Vocantas partnership and the student retention solution they provide.”

Scaller reaches out to students with a human voice asking a series of interactive questions that reveals areas where each student is struggling. Based on this information the College is able to follow up individually with students at highest risk of exiting their program prematurely and direct students to support services that meet their needs.

“The results of the latest campaign to Algonquin’s student intake group were outstanding. More than 63% of students interacted with the IVR and of those, 40% of students indicated that they needed help in at least one (out of seven areas) of need,” said Gary T. Hannah, President and CEO Vocantas. “Colleges and Universities use tools such as predictive modeling and past academic data to try to identify at risk students, however direct interaction with students and offering students an opportunity to raise their  hand virtually to say – I need help – has proven to dramatically improve retention success.”

In fact, the results of the student interaction show that just by receiving the initial call from the IVR,  student retention increased.  This proves the theory that IVR is like receiving a “virtual hug” and that human behavior dictates that we are more likely to succeed when someone reaches out to us to say – I care.

Algonquin College of Applied Arts and Technology was established in 1967 and was named after the First Nations people who lived in the area. Algonquin was formed from the merger of the  Eastern Ontario Institute of Technology, established 1957, and the Ontario  Vocational Centre, established 1965. The College celebrates 42 years as a leader in post secondary education, and has undergone significant growth since its establishment and continues to grow today.

Read about the latest updates from Vocantas.

Vocantas, an innovator in workforce management communications, is pleased to announce the appointment of Marina Avisar as the new CEO….

Vocantas, an innovator in workforce management communications, announced today that it has added Vacation Planning to its Communicate™ Platform. The….

Vocantas, an innovator in workforce management communications, announced today that Notifier 3.0 is now available. Notifier, a module of the….

Get in touch today!

Feel free to contact us and we will get
back to you as soon as we can. 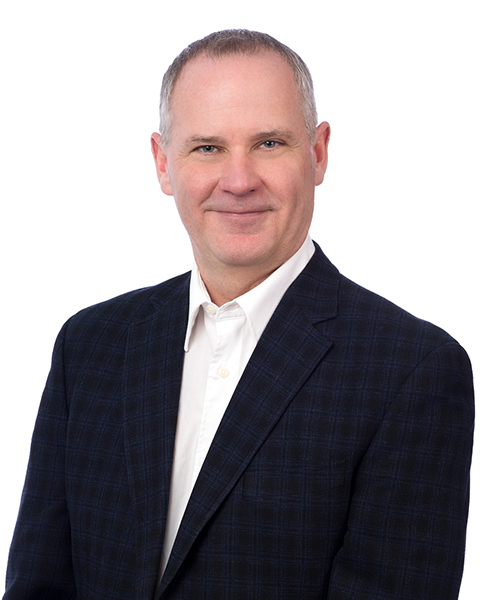 President and CEO
Gary Hannah founded Vocantas in 2003 and continues to lead the organization as CEO. Vocantas was founded with a mission to answer the call for intelligent and interactive voice response communication systems. Vocantas since matured to a company that develops hosted- and premise-based multimodal communication solutions.

Vocantas takes great pride in being able to give back to the community and engages in a number of programs. 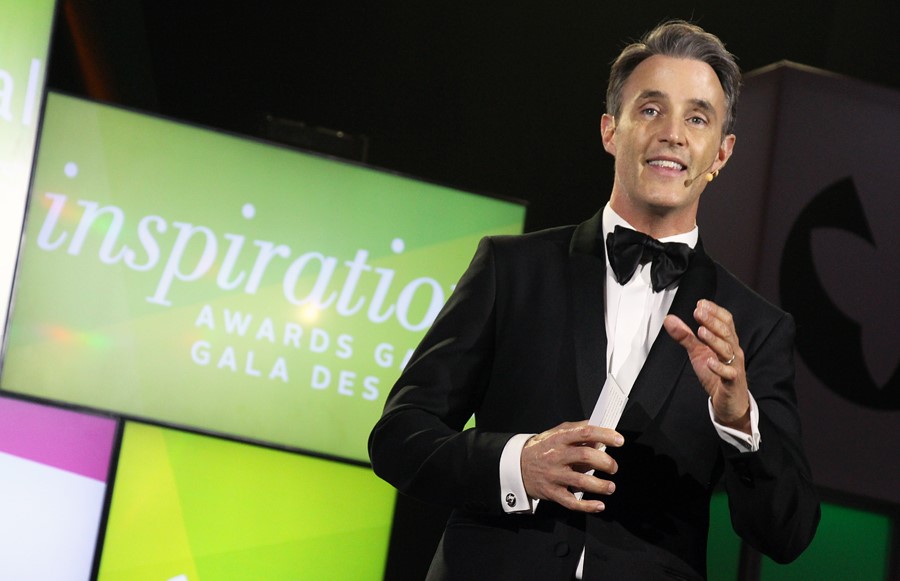 Vocantas was proud to sponsor. The Royal Ottawa Foundation’s 17th Annual Mental Health’s Inspiration Awards on March 6th, 2020. All donations raised went towards improving patient care and strengthening research initiatives to bring hope to people battling mental illness. With the recent COVID-19 crisis, Vocantas believes it is more important than ever to support our community and local healthcare providers. 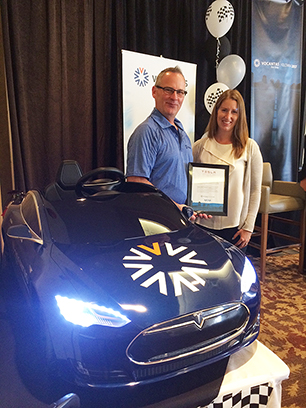 Gary Hannah, CEO, presenting the car to the KGH Foundation for the Day of Giving raffle.

Vocantas was proud to donate a ride on kids car to the KGH Foundation for their Day of Giving raffle. Funds raised from the raffle of the car were donated to the Pediatric Unit at the Kelowna General Hospital. The annual Vocantas User Group was held in the Kelowna BC in May 2017 and we wanted to give back to the community that hosted our User Group.

Ride for Dad Canada and The Ottawa Hospital Foundation

Vocantas is a proud supporter of Drugs and Awareness magazine. This publication is dedicated to saving lives by helping kids grow up healthy and drug free. In this cutting edge publication a young, professional substance abuse therapist talks directly to young people of junior high school age about the perils of drug use and abuse.
This outstanding resource material is acclaimed by Police services, Medical professionals, drug abuse counselors and teachers as a serious tool in the war on drugs that is going on in our schools and on our neighborhood streets.

Vocantas supports Child Find Canada, a charitable organization dedicated to the personal safety of all children. The Child Find goal is to reduce child victimization by providing programs and services to the Canadian public. The organization works cooperatively with provincial Child Find offices and agencies involved in the area of child protection and is governed by a voluntary Board of Directors.

-Enhancing your product portfolios, to meet your customers evolving needs, and
-Extending your technical service offerings to include new services focused on automated outreach or self-service applications

By partnering with us, your organization will successfully leverage our automated outreach solutions as a differentiator among your competitors. To express your interest, please contact us directly at partners@vocantas.com.
Vocantas is actively looking for new partners in all verticals; healthcare, manufacturing, higher education, and utilities. We welcome inquiries regarding potential channel partnerships, joint ventures, VAR relationships and mergers and acquisitions.

We believe in delivering core services that are a cut above the competition and to partner with other companies that believe in providing customers with best-in-class products and services.

Gary Hannah founded Vocantas in 2003 and continues to lead the organization as CEO. Vocantas was founded with a mission to answer the call for intelligent and interactive voice response communication systems. Vocantas since matured to a company that develops hosted- and premise-based multimodal communication solutions.